What Our Favorite Movies Taught Us About Moving 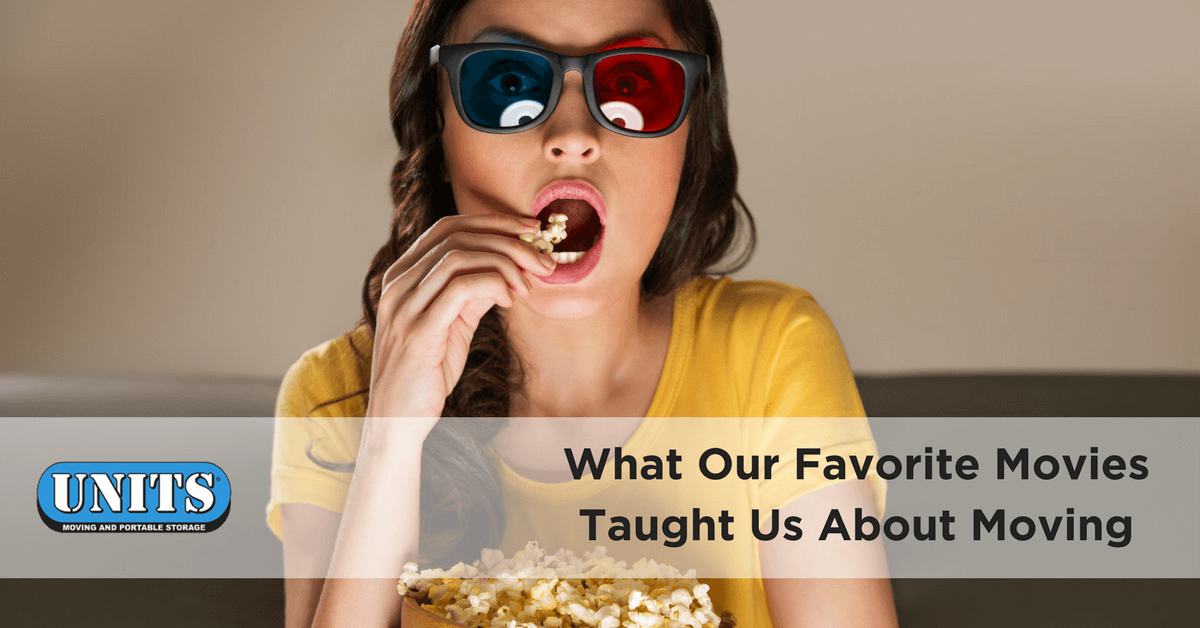 Thank You For The Opportunity
to Serve You!

OK, Let's get Started:
Where do you want your empty
container delivered?

Where do you want your empty
container delivered?

Do you need any moving supplies?

Your credit card will not be charged until the day of delivery.
Free Cancellation upto 24 hours prior to delivery

Need a break from the moving process? Well grab some popcorn and get comfortable on the couch, because UNITS has a list of some of the best, family-friendly movies about moving. Your entire family will be able to relate to these movie characters’ moving experiences and what they teach us:

While this is a kids movie, parents will also find it easy to relate to the portrayal of the emotions that come along with a big move. Riley, a young girl, has to leave her home in the Midwest and move to San Francisco when her parents find a new job. She and her emotions, Joy, Sadness, Anger, Disgust and Fear, struggle to adjust to the new city, school and house. While Joy, the leader of Riley’s emotions, tries to keep everyone happy, things inside Riley’s head soon get chaotic.

Moving is an emotional event, both children and adults. Not every moment will be completely joyful, and there’s bound to be nostalgia for your old home. Remind your kids that it’s okay to miss their old home and help them build new friendships and memories in your new location.

Moving isn’t always a harmonious decision, especially with 12 children. When the parents get new jobs and decide to relocate the entire family, their kids are less than thrilled. Tom Baker, the father, must simultaneously deal with starting a new job, moving into a new house and keeping his children from wreaking havoc.

Sometimes not everyone is on board with a move, especially children. Even if you have a much smaller family than the fictitious Baker clan, you may find it takes a while to adjust to a new home.  Don’t be dismayed if life isn’t smooth sailing immediately after your move ends. By working together and offering your children extra support, you’ll find that a move can be an excellent growing experience for your entire family.

This animated classic tells the story of a group of toys that come to life when their owner, Andy, isn’t around. When a new toy, Buzz Lightyear, joins the group, tension grows between him and Woody, a cowboy doll who feels like he’s no longer Andy’s favorite. As Andy’s family prepares for a big move, Buzz and Woody accidentally get lost and have to find their way back to the house before Andy and his family leave for good.

While the move in this movie takes place in the background, it still leaves us with a lesson for families with young kids: Make sure your most prized possessions make it with you during your move. Andy’s favorite toys nearly miss the moving truck. While your child’s toys probably don’t come to life and get into mischief, it is still important to double checked that everything’s made it with you to your new home.

Some deals are too good to be true. This is the case with Walter Fielding and Anna Crowley’s new home. When Walter purchases an old mansion from a shady real estate agent, he quickly realizes he’s gotten more than he bargained for. The house starts to fall apart and renovations uncover new issues around every corner, causing strain on Walter and Anna’s budget and relationship.

Home renovations aren’t for the faint of heart. While Walter and Anna would’ve avoided many of these issues by getting their new home inspected before purchasing, there’s always bound to be issues when moving into an older house. When signing up for a big renovation project, make sure you’ve prepared yourself for the emotional and financial roller coaster it may take you on.

This comedy has a bit more of a Halloween vibe, but the story behind it will give you a laugh any time of the year. Adam and Barbara Maitland are a normal couple who just happen to be recently deceased. However, despite no longer being in the land of the living, they haven’t moved out of their house quite yet. When a new family purchases the “empty” home, Adam and Barbara have to watch as their home gets remodeled to suit the new family's tastes. When the ghostly couple fails to scare away the new family, they enlist the help of Beetlejuice, a mischievous spirit with his own agenda.

Even for the living, it isn’t easy to leave a home where you’ve built memories. Moving and moving on are two separate things, and you may find that you still miss your old home long after the move is over. While it may be weird to picture a new family making your old house their home, remember that home is more than just a building, but also the people you’re with.

GET AN INSTANT QUOTE