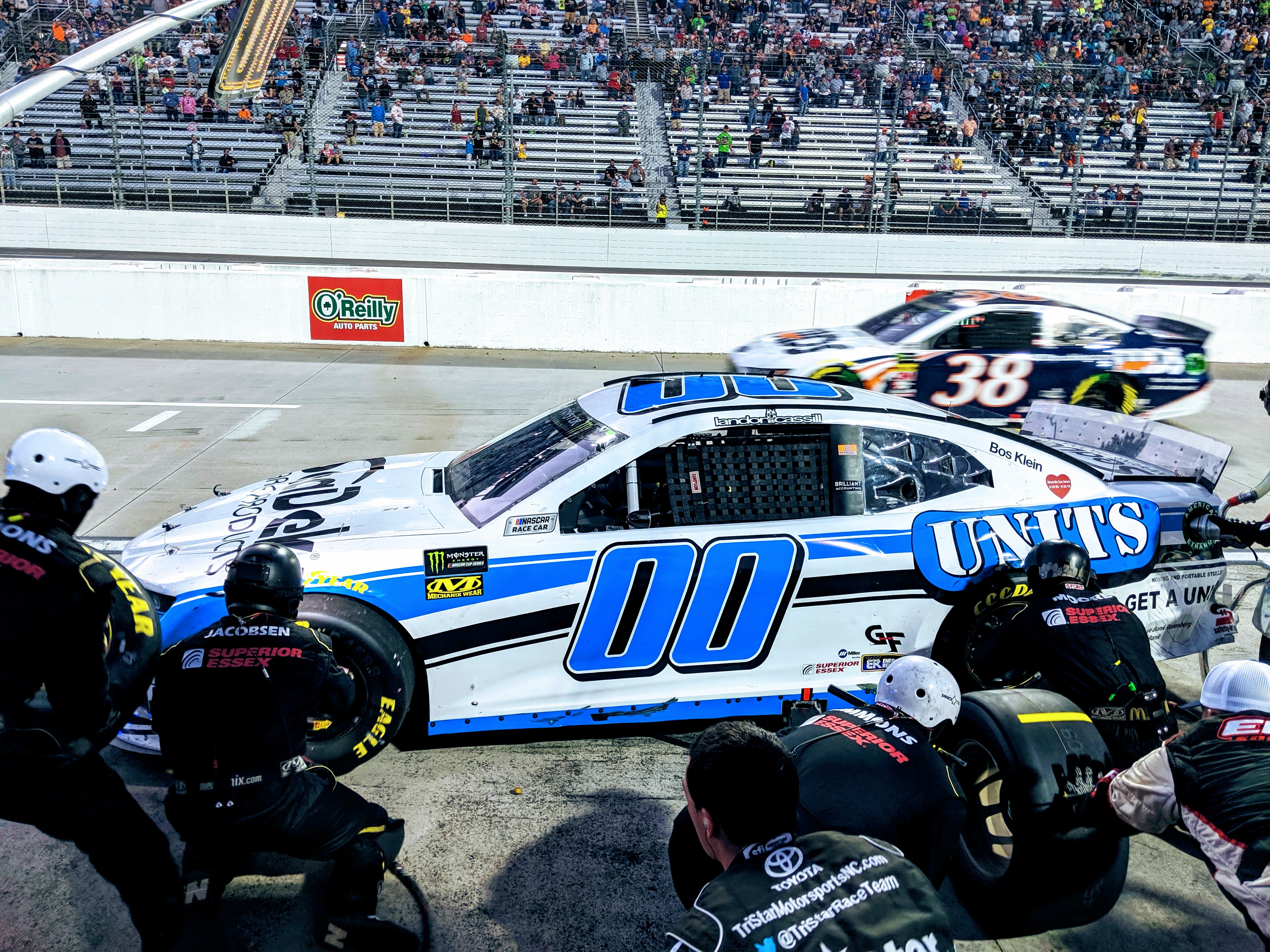 Thank You For The Opportunity
to Serve You!

OK, Let's get Started:
Where do you want your empty
container delivered?

Where do you want your empty
container delivered?

Do you need any moving supplies?

Your credit card will not be charged until the day of delivery.
Free Cancellation upto 24 hours prior to delivery

Cassill is racing in second season with StarCom Racing and sitting in 10th place overall in the NASCAR Monster Energy Cup Series. He was named Xfinity Series Sunoco Rookie of the Year in 2008 and has one career top-10 finish – a fourth at Talladega in 2014.

This weekend at Martinsville Speedway in Ridgeway, Virginia, Cassill finished the First Data 500 in 26th place from the field of 38 drivers after starting the day from 30th. Martinsville Speedway is recognizable for its narrow, short track at just over half-mile long. At the end of the checkered flags it was Martin Truex Jr. who out-maneuvered the rest of the field over 3 stages and  for the win.

NASCAR announced the paint schemes for each car in a release earlier in the week on Wednesday, October 23, in which the 00 Sea Deck / UNITS Chevrolet can be seen.

You can catch a glimpse of Landon Cassill in the UNITS Chevrolet car as the Monster Energy Cup Series moves from Virginia to deep in the heart of Texas with the AAA Texas 500 at the Texas Motor Speedway on Sunday, November 3. Watch coverage live beginning at 3PM EST on NBC Sports or Performanc e Racing Network.

GET AN INSTANT QUOTE
We use cookies on our website to give you the most relevant experience by remembering your preferences and repeat visits. By clicking “Accept All”, you consent to the use of ALL the cookies. However, you may visit "Cookie Settings" to provide a controlled consent.
Cookie SettingsAccept All
Manage consent

This website uses cookies to improve your experience while you navigate through the website. Out of these, the cookies that are categorized as necessary are stored on your browser as they are essential for the working of basic functionalities of the website. We also use third-party cookies that help us analyze and understand how you use this website. These cookies will be stored in your browser only with your consent. You also have the option to opt-out of these cookies. But opting out of some of these cookies may affect your browsing experience.
Necessary Always Enabled
Necessary cookies are absolutely essential for the website to function properly. These cookies ensure basic functionalities and security features of the website, anonymously.
Functional
Functional cookies help to perform certain functionalities like sharing the content of the website on social media platforms, collect feedbacks, and other third-party features.
Performance
Performance cookies are used to understand and analyze the key performance indexes of the website which helps in delivering a better user experience for the visitors.
Analytics
Analytical cookies are used to understand how visitors interact with the website. These cookies help provide information on metrics the number of visitors, bounce rate, traffic source, etc.
Advertisement
Advertisement cookies are used to provide visitors with relevant ads and marketing campaigns. These cookies track visitors across websites and collect information to provide customized ads.
Others
Other uncategorized cookies are those that are being analyzed and have not been classified into a category as yet.
SAVE & ACCEPT